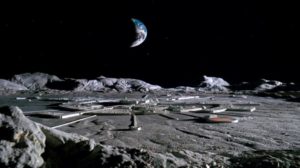 The Deep Space series opens with a discussion about Elon Musk and privatized space programs, raising a few questions. The people that worked on it in the 60’s thought we’d have a moon base and would explored mars by now. Why not? What is NASA really up to?

NASA has been investigating Chaco Canyon, Mexico. Why? The ruins are well built and the roads imply ancient trade routes. Unlike other ancient ruins, the inhabitants vanished, leaving no burials or graveyards. There also seems to be some sort of special energy field there.

Why is the CIA interested in Noah’s Ark? Is there more to the story than the Biblical descriptions might lead us to believe?

Apollo 16 was named Orion which was Osiris in Egyptian mythology. They landed on the moon on Adolf Hitler’s birthday at the exact time that Orion’s belt was 33 degrees above the landing site. Was this coincidence or by design? 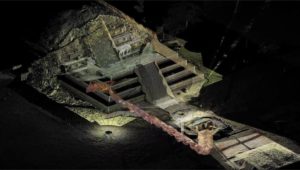 At Palenque in Mexico a hidden stairway leads to a carving of an ancient king who appears to be leaving Earth in a flaming chariot. 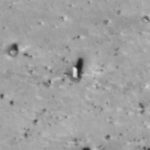 There are clear images of a monolith on Phobos. When we look, we find obelisks and monoliths all over the Earth. There are many sites with stones weighing more than 800 tons, precisely arranged. We would have extraordinary difficulty creating such structures even with today’s technology.

River of mercury was discovered underneath Teotihuacan. Mercury has antigravitational properties when in a vortex. Evidence suggests ancient elites may have left the planet via spacecraft. Are modern-day elites making similar preparations now?

From the Gaia website: “Since the 1960’s, NASA-born space programs have taken a prominent place in the media and collected accolades for their accomplishments of furthering humanity into the space age. But what if this was all a major front to obscure NASA’s interest in ancient space programs? Scattered all about the world, many ancient sites hold subtle clues that we have not been alone for a very long time. In this inaugural episode of Deep Space, we scour the world uncovering evidence of arcane extraterrestrial civilizations and examine NASA’s interest in recovering advanced technology from these locations. This presentation was originally webcast August 15, 2016. – See more at: http://www.gaia.com/video/ancient-space-program#play/126886”