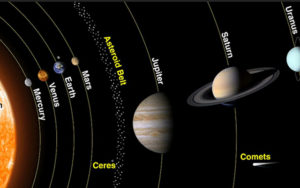 Mysteries of the Solar System opens with a discussion of Bode’s Law and how our solar system has an asteroid belt where a 5th planet should be. Does this mean that the asteroid belt is the remnants of a destroyed planet? If so, did the inhabitants escape to earth? In addition, spectrographic analysis of Mars shows the presence of isotopes indicating specific signatures of nuclear weapons. What’s that all about?

The discussion goes deeper (literally!) with regard to Earth and reference is made to analysis the geopolitical and territorial conflicts between
3 different extraterrestrial civilizations on beneath the Earth’s surface. 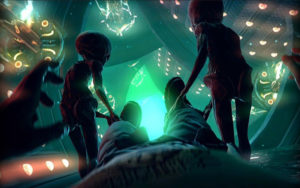 All this is an introduction to the idea of a progenitor race of an extraterrestrial progenitor race that “seeded” the Earth with DNA. This puzzle piece fits together with the fact that many stories of alien abductions indicate the taking of DNA samples. Why would extraterrestrials be interested in our DNA? If we shared a common ancestor, this would make sense. If we examine the Bible, the story of Eve being created from Adam’s rib indicates marrow biopsy which is also a method of DNA extraction.

We can also examine other religious texts and creation myths and see that they stand up to scrutiny as possible interactions with progenitors. 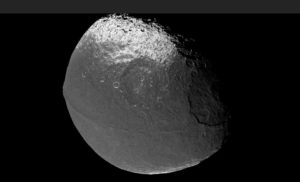 Returning to our solar system Saturn’s moon Iapetus appears to be a somewhat in the shape of a dodecahedron with a 6 mile high equatorial ridge. Does this indicate artificiality?

Periodic crossings of the Galactic Equator could create problems on Earth’s surface and possible pole shifts as well as solar changes.

Also examined is the curious story of psychic Maria Orseck receiving messages from Aldebaran in Sumerian which provided German industrialists with new technology. These technologies were subsequently appropriated by the Nazis.

From the Gaia website: “While the search for scattered remains of ancient aliens on Earth continues, greater mysteries stretch throughout the solar system before us. Astro-archeological clues indicate that our solar system was once the staging ground for an ancient civilization which propagates life throughout the universe. In preparation for our eventual evolution, they left behind a trail of interstellar bread crumbs for us to follow. This may be seen in the writings of Philip K. Dick, the enduring presence of the Black Knight satellite and in the channeled writings of Maria Orsic. More than just initiating our progress into a new space age, these communications may also be subtle indications of the true nature of our reality. This presentation was originally webcast August 22, 2016. – See more at: http://www.gaia.com/video/mysteries-solar-system#play/126891”