Why Do We Feature Certain Presenters?

Our criteria for selecting featured presenters is based on the degree to which we feel they contribute to the conversation for global transformation into the new paradigm. Each one has a unique perspective and has distinguished their contribution to a fair amount of depth. We look for leaders in the areas of Spiritual Evolution, UFOs & Disclosure and Transition to a New Economy, Sustainable Lifestyle, Healthy Eating, Conscious Relationships and Environmental Issues. 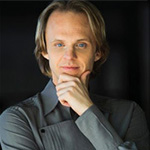 David Wilcock – David is considered by many to be the top spokesperson for the New Paradigm. Firstly he is quite prolific and an entertaining and informative presenter. Add to this his comprehensive research and groundbreaking revelations on verifiable elitist agendas, access to Higher Self, Ascension, Global Currency Scandals and transition to a sustainable economy and the Secret Space Program. Currently, David is the host of four online shows on Gaia TV: Wisdom Teachings, Disclosure, and Cosmic Disclosure… Read More 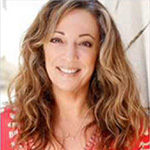 Meg Benedicte discovered early on that she had a unique gift for understanding subtle energies and later for discerning the vigorous traumatic patterns that relate to dysfunction and ill health. Over the years, she has become a notable pioneer in Quantum Healing and Ascension Activations, first through her own transformation and eventually working with clients spanning the globe.

Meg recognized her passion and gift for seeing beyond the world and into the subtle energies of those around her at a young age. Blessed with a natural psychic ability, she began to understand the keys to life’s struggles, pain, and disease and was driven to transform her own debilitating life patterns. Pursuing an array of therapeutic treatments, she was relentless in her pursuit of finding a healing modality that worked and was successful when uncovering a vision into deeper levels of consciousness. 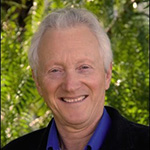 Gordon Asher Davidson has a long career of active leadership in social change institutions and movements, while simultaneously pursuing a deep, inner meditative life culminating in his book, The Transfiguration of Our World: How a Light Alliance Is Transforming Darkness and Creating a New Earth. His experience includes co-authoring with his wife, Corinne McLaughlin, The Practical Visionary and Spiritual Politics (forward by the Dalai Lama); co-founding Sirius, a spiritual/environmental community; serving as founding director of the Social Investment Forum; founding and co-directing a Washington D.C. institute, the Center for Visionary Leadership; and offering many clients worldwide deep spiritual guidance and transformational consulting for over 20 years. 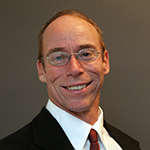 Steven Macon Greer (June 28, 1955) is an American retired medical doctor and ufologist who founded the Center for the Study of Extraterrestrial Intelligence (CSETI) and The Disclosure Project, which seeks the disclosure of supposedly suppressed UFO information. 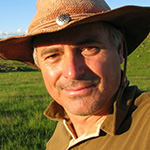 Michael Tellinger is a South African author, songwriter, and politician. Tellinger released his first SA record in 1981, HAZEL, nominated for the SARIE award in that year as the best male vocalist.[citation needed] Later in 1981 Tellinger played the part of Joseph in the opening of the State Theatre in Pretoria. Michael Tellinger and Russell Stirling combined to become a successful rock duo during the early 80’s before splitting up in 1985.

In 2005 he published the book Slave Species of God based on the writings of Zecharia Sitchin, which propounded an ancient astronaut theory of human origins. Recently he has evangelized for a money-less society. 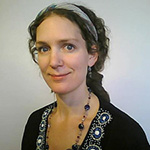 Laura Eisenhower is an Intuitive Astrologist, Global Alchemist, Cosmic Mythologist and is the great-granddaughter of Dwight David Eisenhower. She is on a profound mission to reveal our true origins connected with the ‘Magdalene’ and ‘Gaia-Sophia’ energies of love and wisdom and works to liberate us from the Military Industrial Complex, the Archonic systems and false power structures. These forces connect many dots that are coming into our awareness, now more than ever, as our solar system aligns with the Galactic plane.

While residing and traveling independently in over 20 cities in the U.S. and abroad, she developed an excellent knowledge base in frontier health, Exopolitics, alchemy, metaphysics, and ancient history, and also has degrees and certifications in science, wilderness expedition leadership, natural healing and building. She has masterfully woven together the esoteric and alchemical aspects of nature with our ancient roots, hidden history, the present world, and our future potential.

She is also a Whistleblower and has been speaking out about being recruited to go to a Colony on Mars that represented a timeline that she refused to go along with. She has been able to uncover some necessary truths and agendas that humanity is being kept in the dark about and lectures and does workshops on these issues along with topics such as Global Alchemy, Christ-Sophia, Sacred Union, ET races, Esoteric Cosmology, the Positive Timeline and seeks to empower the individual so that harmony can be restored. 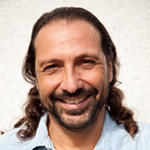 Nassim Haramein was born in Geneva, Switzerland in 1962. As early as 9 years old, Nassim was already discovering the universal dynamics of matter and energy, which led him on a journey toward pioneering a new approach to quantum gravity and continual developments in unified field theory. He grew up in Eastern Canada with an innate reverence for the design of nature and a determination to discover the basic building blocks of creation. Nassim dedicated most of his time to his independent investigation into physics, geometry, chemistry, biology, consciousness, archeology, and various world religions. Haramein’s dedication to scientific exploration combined with his keen observation of the behavior of nature led him to a specific geometric pattern which is at the core of his approach and new perspective in unified field theory.

Fluent in both French and English, Haramein has been delivering lectures and seminars on unification theory for over 20 years worldwide. In 2003 he founded The Resonance Project Foundation, and as its Director of Research leads teams of physicists, electrical engineers, mathematicians and other scientists to explore the frontier of unification principles and their implications. Haramein’s lifelong vision of applied unified physics to create positive change in the world today is reflected in the mission of The Resonance Project Foundation. He shares the developments of his research through scientific publications and educational offerings through the Resonance Academy.

Currently, Nassim is focused on his most recent developments in quantum gravity and their applications to technology, new energy research, applied resonance, life sciences, permaculture, and consciousness studies. Nassim currently resides in Kauai compassionately raising his two young sons, and surfing the sunlit swells on the shores of the magnificent Hawaiian islands.