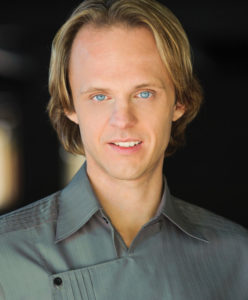 David Wilcock is considered by many to be the top spokesperson for the New Paradigm. Firstly he is quite prolific and an entertaining and informative presenter. Add to this his comprehensive research and groundbreaking revelations on verifiable elitist agendas, access to Higher Self, Ascension, Global Currency Scandals and transition to a sustainable economy and the Secret Space Program.

David Wilcock is a prolific bestselling author and has published The Synchronicity Key, The Source Field Investigations and The Ascension Mysteries.

Currently, David is the host of two online shows on Gaia: Wisdom Teachings and Cosmic Disclosure.

David Wilcock and Benjamin Fulford starred in a Russian documentary on REN-TV highlighting financial tyranny. Here are Part 1 and Part 2 of the Russian documentary. (You will need to turn on subtitles as the live audio is in Russian). 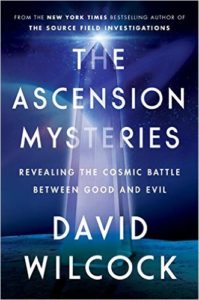 The Ascension Mysteries: Revealing the Cosmic Battle Between Good and Evil is David’s latest book.He takes readers on a surprising and enthralling journey through the history of the universe, exploring the great Cosmic Battle surrounding our own Ascension.

In The Ascension Mysteries, David takes us on a gripping personal journey that describes the secret cosmic battle between positive and negative happening every day, hidden in both the traumas of our own lives and the world’s headlines.

Through his contact with a positive higher intelligence behind the UFO phenomenon, groundbreaking scientific information, and data from high-ranking government whistle-blowers, David reveals that the earth is now on the front lines of a battle that has been raging between positive and negative extraterrestrials for hundreds of thousands of years.

The Ascension Mysteries explores the towering personal obstacles David overcame to unlock the great secrets of our universe and looks ahead to what this battle means for each of us personally. By unifying ancient texts from a variety of religions with scientific data and insider testimony, David presents a stunning conclusion—that Earth is on the verge of a massive cosmic event that will transform matter, energy, consciousness, and biological life as we now know it and will utterly defeat the great villains of our time.

Cosmic Disclosure – There is more going on in space than you can ever imagine. Out of sight, out of mind. That is how the greatest secrets in the history of humankind have remained hidden from the populace. Now, a 20-year insider, Corey Goode, joins David Wilcock in this inaugural presentation of Cosmic Disclosure to reveal humanity’s celestial presence and the details of an extraterrestrial message which conveys details of the coming collective ascension for humankind.

Wisdom Teachings -David Wilcock, author of Source Field Investigations, exposes some of the greatest secrets and cover-ups of our time in this eye-opening original series. Combining esoteric philosophy, alternative science and historical fact, Wilcock offers viewers the chance to rediscover our ancient systems of physics and spirituality. This series is best watched in consecutive order, Starting with the Introduction.

The Synchronicity Key: The Hidden Intelligence Guiding the Universe and You David Wilcock embarks on an astonishing investigation into what lies beyond those prophecies—finding proof that everything in our lives is not only connected, it all influences everything else. Using history, astrology, and synchronicity theory as well as concepts such as fractals, spiritual geometry, quantum physics, and other new research, Wilcock shows that there is a hidden architecture within time, guiding individuals and nations through a system of enlightenment Joseph Campbell called the Hero’s Journey. Historical events occur in shockingly precise, repeating cycles of time as a result. Once we understand and identify the hidden laws governing the fates of individuals and nations through seemingly random “synchronicity,” we are left with a remarkable blueprint of how best to lead our lives spiritually in the post-2012 world.

The Source Field Investigations: The Hidden Science and Lost Civilizations Behind the 2012 Prophecies Based on a hugely popular Internet documentary, this exploration of historic signs and symbolism determines what the future holds for humanity come 2012. “If you believe there is no special significance to the year 2012, then prepare yourself for a guided tour through the most incredible scientific mysteries in the modern world, which may be the rediscovery of an ancient system of physics and spirituality that was once widely used and understood, but has since crumbled almost completely into ruin.” -The Source Field Investigations. In his documentary The 2012 Enigma-viewed more than two million times- David Wilcock exposed many great secrets: DNA, consciousness science, wormholes, stargate travel, sacred geometry, three-dimensional time, the Mayan calendar, and much more.

Looking more deeply, David Wilcock has investigated ancient civilizations, consciousness science, and new paradigms of matter and energy. David came to our attention in 2008 when he posted an interview with Bill Ryan and Kerry Cassidy of Project Camelot on YouTube, where they discussed “interplanetary climate change” (confirmed by NASA an NOAA). We followed his blog at Divine Cosmos and discovered he had high-level sources for information on various issues pertaining to world economics. David merits significant status as a New Paradigm presenter for his contributions in the areas of: Spiritual Evolution, UFOs & Disclosure and Transition to a New Economy.

What sets David apart from other experts in the field is that although he reveals quite a lot of top-level information, he holds back on certain key points to determine which informants are true sources and which are simply repeating information heard from other sources (and also to determine dis-information leaks).