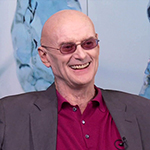 Ken Wilber has been working for decades to integrate diverse disciplines into a unified.whole. His main areas of exploration have been Transpersonal Psychology and his own Integral Theory and Theory of Truth. 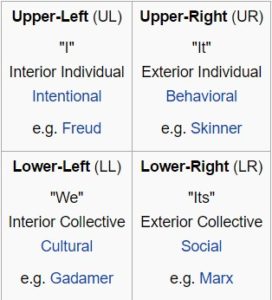 A hallmark of Ken Wilber’s approach is the use of Quadrants created by sorting two intersecting concepts. In his Integral Theory he maintains that all human knowledge fits into one of four quadrants consisting of:

Lately Ken Wilber has been working with people to maximize their potential.