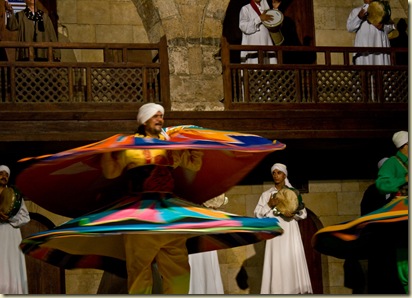 We spend the next 3 days taking fun and very interesting excursions from the Mena House in Giza, to the Sakkara Pyramid, the port city of Alexandra, Old Cairo, and a performance of Dervish musicians and spinners. 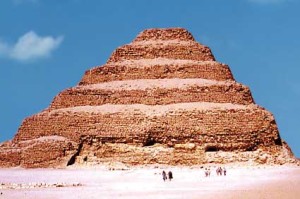 And during the 3 days, we are all in great anticipation of the 4th day, our final day of the trip, when we have a private 2 hour visit in the great Giza Pyramid. This will be the last of our major 3 sacred ceremonies that we will perform at the Heart of 3 Sacred Sites in Egypt, the first two being the Isis Temple in Philea and the Isis Temple at the Temple of Hathor in Dendara.  We foresee that this experience in the pyramid will be a cumulation of all the experiences we have had so far, as well as receiving spiritually, what each of us have specifically come to Egypt for and we believe the experience at the pyramid will be a new beginning for all of us. It will also be day 13 in the final day of the Stargate Meditations which we 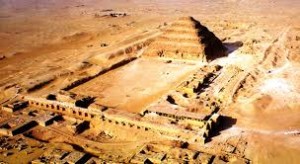 have been doing consistently each day. The 13th Meditation is designed to support the creation of New Earth.

The Step Pyramid in Sakkara was masterminded in about 2630 B.C. by Imhotep, who was the architect to King Djoser (Dynasty III).  Imhotep is recognized as the world’s first named architect and doctor as well as a scribe, priest, astrologer, vizier and chief minister. The Step Pyramid at Sakkara is the world’s oldest freestanding stone structure, and consists of six tiers atop a mastaba, or low, oblong tomb, faced with cut stone. It was also the first pyramid that a Pharaoh built as their sacred temple and tomb, and initiated a 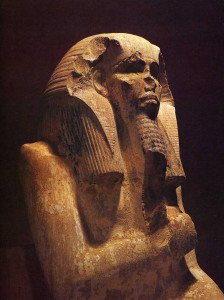 long history of building pyramids after that.  Another 16 Egyptian kings built pyramids at Sakkara, which are now in various states of preservation or dilapidation.

Amro , our amazing guide, shares with us that Pharaoh Djoser is also very significant in Egyptian history, because he was the first Pharaoh to specifically integrate spirituality with leadership. He initiated the evolution of the Egyptian Pharaohs and their governing principles, to be very aligned and in harmony with their spiritual beliefs, wisdom and power. And this began a long history of pharaohs and the governing bodies of Egypt, ruling with the power and wisdom of spirit.

This struck a deep chord with me, because one of the most prominent themes of ancient Egypt, as well as other ancient cultures around the world, is how deeply ancient people incorporated and utilized spiritual knowledge and practice at the core of their lives. The high priests and priestesses were the ruling government and made decisions that evolved a very productive and prominent ancient Egyptian society.

It makes sense to me how what seems to us now as miraculous, such as building gigantic temples or the Giza Pyramid, which we still cannot accomplish in this modern world, could be accomplished by working in multidimensional spiritual realities, and for example, being open to assistance from the Galactic Civilizations that visited the earth at that time. As we saw in our travels, the Temples do show hieroglyphics of airplanes, potentially spaceships, and other information 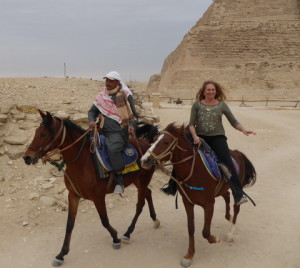 that indicates there may have been a strong connection between the Egyptians and the Galactic’s.  It allows me to imagine how the world could be, or can be, if there was positive integration of spiritual principles and abilities into our world governing organizations.

And my little girl inside of me got to ride a horse at the Sakkara Step Pyramid, and flash what it was like to ride the desert back in ancient Egypt!

We then visit Dahshour area where the White, Black & Red Pyramids are. This area was closed for over 25 years and just opened recently for visitors and considered to be one the Virgin 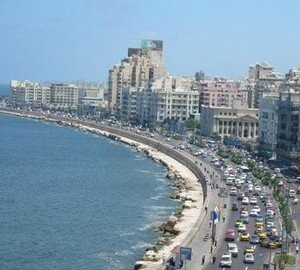 Historical sites that still keeping its own powerful & light energy in it.

The 2nd day we had a sweet day off on a Friday, which is the holy day for Egyptians, like our Sunday. Mohammed  Nazmy, took us on a 2 ½ hour journey to Alexandria, which was founded in 331 BC by Alexander the Great, and is Egypt’s largest seaport. We had a delicious lunch at a beautiful restaurant that was built right over the sea. The we shared delicious Egyptian desserts and sweet simple family time connecting and sharing within our group in an apartment that looked of the sea coast. 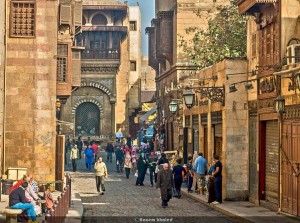 The 3rd day we went to Old Cairo and experienced St. Sergi church where the holly family was hidden while they were in Egypt. We also visited the oldest Synagogue in Cairo, and the Refaai mosque.  El-Moez Street is one of the oldest streets in Cairo, approximately one kilometer long and it is like an open air museum. What’s so lovely is that this is where the Egyptian people do their lives. We slowly strolled “like an Egyptian” and got to experience all the various shopkeepers offering all their wares and services, as well as the beautiful Egyptian people/families/couples/teenagers/ children all doing their lives. We 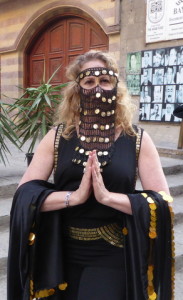 were the only obvious tourists with our light skin and cameras, and took advantage of the some of the fun tourists experiences like put on Egyptian costumes. And the Egyptians were very friendly and happy to engage us and trade taking pictures of each other. And the Egyptian people are truly so very beautiful inside and out!

Then the icing on the cake was the evening performance of Sufi whirling (or Sufi spinning), which was a fascinating show of Sufi music with various drums, finger cymbals and other various musical instruments, along with singing, chanting, and spinning. Spinning is a form of Sama or physically active meditation which originated among Sufis, and which is still practiced by the Sufi Dervishes of the Mevlevi order. It is a customary dance performed within the Sema, or worship ceremony, through which dervishes aim to reach the source of all perfection, or kemal. This is sought through abandoning one’s nafs, egos or personal desires, by listening to the music, focusing on God, and 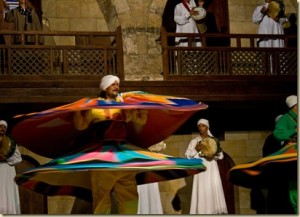 spinning one’s body in repetitive circles, which has been seen as a symbolic imitation of planets in the Solar System orbiting the sun as explained by Sufis.

This was a highly significant experience for me as well, because not only do I feel am I Egyptian in my past lives (or in my past spiritual lineage), I sense I was also a Dervish. I was initiated into the Sufi order at 24 years old by Pir Valayat Khan, and I have spun my whole life. Just like the performers tonight I can spin for 30 minutes without getting dizzy.

I do sense this spiritual pilgrimage I’m on is to not only integrate the wisdom and knowledge of my Egyptian past lives, but to also integrate the peak wisdom and abilities of all my past lives to be available to be utilized in these very important evolutionary times that we are in now. And my sense is I feel like our journey into the pyramid on the last day will be assimilating that goal. 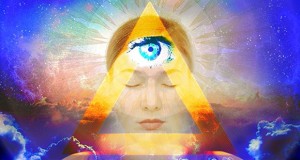 We are going to have a Private 2 Hour Experience in Temple of Isis!

Perfume Palace, My Spiritual Reading, I Feel Safe in Egypt